The goal of this outreach is to serve the local community of Arugam Bay while working along side Surfing The Nations’ staff currently running the base in Sri Lanka.

Immediately following the devastating tsunami of 2004, Johnson called STN asking for help. Forty days later, STN arrived in Arugam Bay with a team ready to serve. The relationship grew with the locals as we helped them get their lives back together piece by piece. Shortly after the 2004 tsunami relief trip, STN bought a small plot of land along the coast of Arugam Bay establishing our first International STN Base.

We now have a beautiful STN Base which provides housing for our full time staff. Over the years, Surfing The Nations has developed meaningful relationships in the local community. In addition to impacting locals, we have had the chance to host many tourists and traveling surfers.

Another major way we are giving back to the local community is through the program “Girls Make Waves” which gets women out into the waves, teaching them to surf, swim, and overcome their fear of the ocean. In 2019 Girls Make Waves was recognized by Surfers Magazine, Silk Winds Magazine, and other media outlets bringing major exposure to this first ever Sri Lankan Women’s Surf Club. 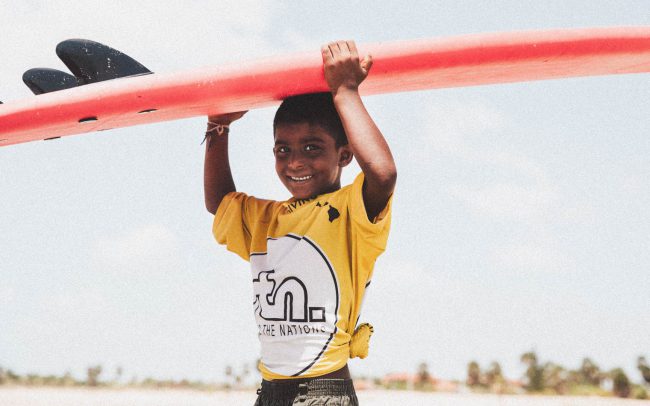 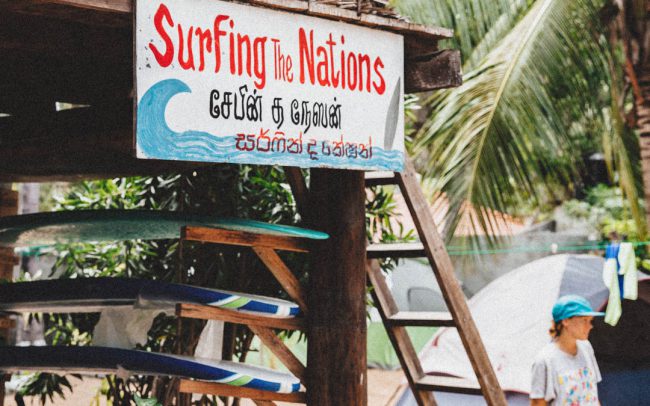 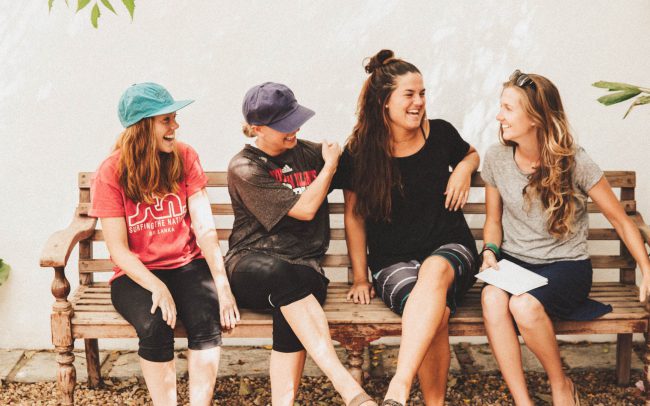